Post Summary: Why should you elope? This blog dives deep into unveiling what the idea of “elopement” truly means in today’s day and age while busting some super commons myths along the way.

Elope meaning – what is it exactly?

You know how, once upon a time, everyone swore up and down that the world was flat? And it was once complete heresy to even say that the earth revolved around the sun.

Galileo was tried and sentenced to spend the rest of his life under house arrest for believing the earth revolved around the sun.

We’ve come a long way. But we’ve still got some work to do.

The old ideas about eloping being for shame-filled lovers or runaways need to be revisited. This blog is all about busting myths down and freeing you to do you.

Are you torn between tradition and freedom? Do you still have friends or family members who are pushing back on your desire to elope? It’s not always easy to forge your own path, but more and more people are seeing elopement as a freeing and empowering way to make the greatest commitment you can ever make.

You are not alone. And you deserve to have your dreams come true.

Read on for more affirmations that your love demands to be on your terms.

One of the first things people might think about elopements is that excluding people and making a day that’s just about the two of you is selfish. This is an inherent misunderstanding of marriage and love. If you really care about someone and their decision to get married, shouldn’t you want them to have the wedding that will make them happiest? Isn’t feeling like you are entitled to someone else’s wedding day a little selfish?

The key word here is intention. An elopement isn’t about excluding people or trying to avoid paying for everyone’s dinner, it’s about leaping into love with purpose and meaning. In the end, your love is just that: your love. The two of you made it work. You saw each other through thick and thin, the ups and downs, the inside jokes and the promises. It’s anything but  selfish to want to affirm that love with complete and unwavering intention.

Hey, I get it, it’s not always the easiest choice. So, if you’re worried about hurting someone’s feelings, here are a few things you can do.

Pshhh! Is saying “I do” with the sky as witness from the heights of a mountaintop not special? Is a ceremony on an oceanside cliff, the waves crashing below in chorus to your love, not suuuper special?

It all boils down to what you define as special. If it’s special to have a 200 person wedding and get swept away in the chaos and commotion, then go for it. If it’s more special to be in nature, heart to heart and exclusively focused on the love of your life, then, by all means, do it!

This myth is associated with another myth, that couples who elope don’t value their day as much as traditional wedding-goers. This is absolutely not true. Every couple I’ve ever worked with or met who has eloped treasures their elopement experience like a precious, one-of-a-kind gemstone. They value eloping like the priceless experience that it is. And they hold onto the memories for the rest of their lives.

Nothing in the world is more meaningful and special than having the courage to do your wedding day the way you want it — with no regrets and no sacrifices. Every intentional touch is a pure reflection of who you are as a partnership. Every word spoken and action made is a purposeful affirmation of the love you share. What could possibly make your day more special than choosing every single detail as a representation of your love.

Myth #3: Elopements are rushed and unplanned…people only elope because of budget reasons

In a previous blog, I detailed how elopements save money. Yes, cost can be a concern for all of us, but eloping is absolutely not about being cheap or just trying to cut corners. The average wedding costs $33,900. That’s a new car; the down payment on a house. That’s an epic round the world trip staying at 5-star hotels and dining at Michelin rated restaurants.

Truthfully you can do an elopement on a budget and put your money elsewhere. Or you can splurge, have the best trip of your life, and still not spend anywhere near as much as a traditional wedding would cost.

And as for being rushed and unplanned, that’s a most definitive “HECK NAH!” I spend months planning elopements for my couples. The sky’s the limit for elopement planning (literally if you choose to go for a helicopter ride). You could plan a horseback ride on the beach, a camel ride through the desert, an elephant ride in the jungle — and that’s the animal riding section of your elopement! Do it all. Backpack the Camino de Santiago, tour through SE Asia, set foot on every continent, run with the bulls of Pamplona.

Dream it, plan it, do it. There’s nothing holding you back.

Myth #4: Elopements are shameful and have to be a secret

Back in the day elopements were known as the “escape route” wedding. They were for couples who had no other option because their families or society frowned on their matrimony. This was also around the time that women weren’t allowed to vote and segregation was legal. So, that might help put things into perspective. Heck, even Merriam-Webster is changing the definition of “elope.”

Nowadays, elopements are defined by two people with a resolute intention, choosing not to compromise their love for the sake of tradition.

Eloping means boldly declaring your commitment to each other in the way that means the most to you.

Gone are the days of shame and desperation. Eloping is here to stay and it’s becoming known as one of the most beautiful authentic ways to celebrate a lifelong commitment.

This myth, focused on the photography of your elopement, is tied in to all the other myths that devalue eloping and still think of elopement as a getaway to Vegas or the county courthouse.

All couples deserve to have their full story told. Every love deserves to be documented. These are the heirlooms for our children, the legacy we leave behind for all to witness. This holds even more true for elopers who value their story so much that they are choosing to focus exclusively on each other.

For those who operate under the false notion that elopements are “cheaper” or “less important” or “less than” big weddings in any way, I have the photographs to prove otherwise. And I have the experience with so many couples who chose their own path and took a novel approach to their wedding.

Elopements are every bit as momentous, significant, and even sacred, as traditional weddings and they deserve to be documented. ‘Nuff said.

Elopements can be just for two. They can also be for you, your best friends and family. They can include dogs, cats, pet guinea pigs, all the characters at DisneyLand, you name it. The more the merrier. The less the merrier. Either way, it’s your day.

I’ll say it again. You! You made this relationship and you are the two who are committing to this love. It’s your way or no way. It’s your way in every way!

You matter. No matter what.

Well, I hope this helps. I may not be able to counsel every member of your family and get them to feel the way you do about eloping, but if I inspired you enough to make the elopement leap, then I am satisfied.

If I could I would preach from a soapbox on the street, air commercials during the Super Bowl, hire a blimp to spread the message: elopements are not sasquatches! Of course, it might need a follow-up blimp to explain, but you get what I’m saying!

If you have any questions, concerns, baggage that needs to be unloaded, etc., don’t hesitate to reach out. I’m here for you.

6 Reasons to Print Your Photos 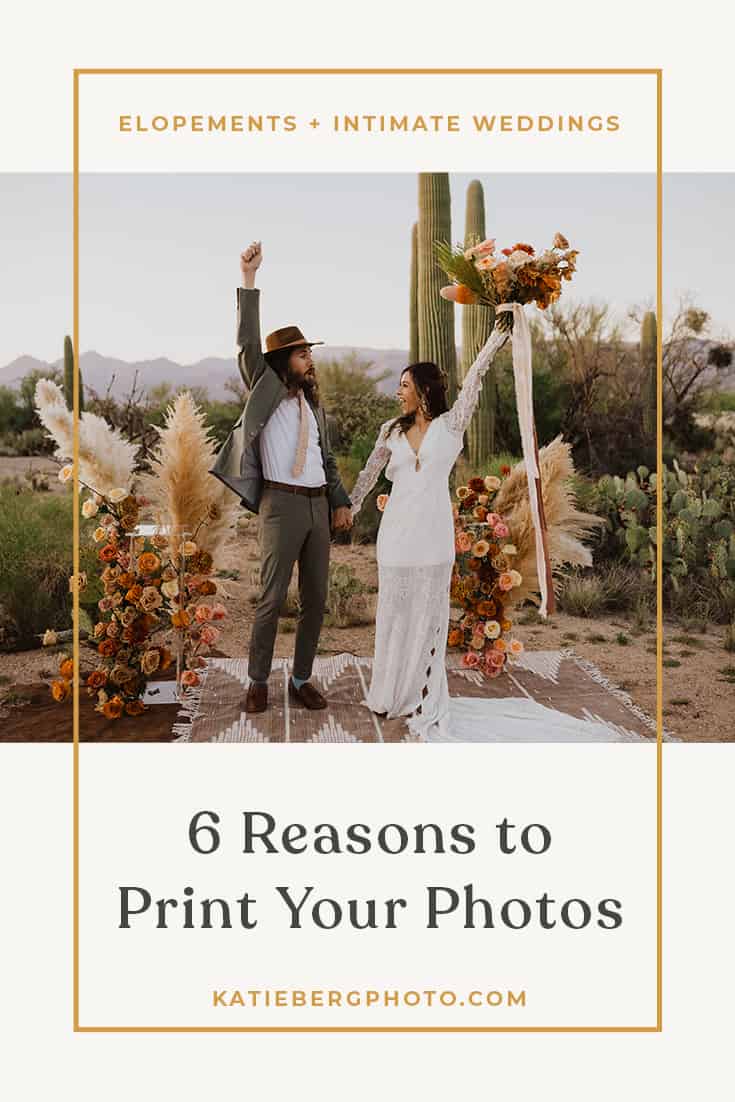 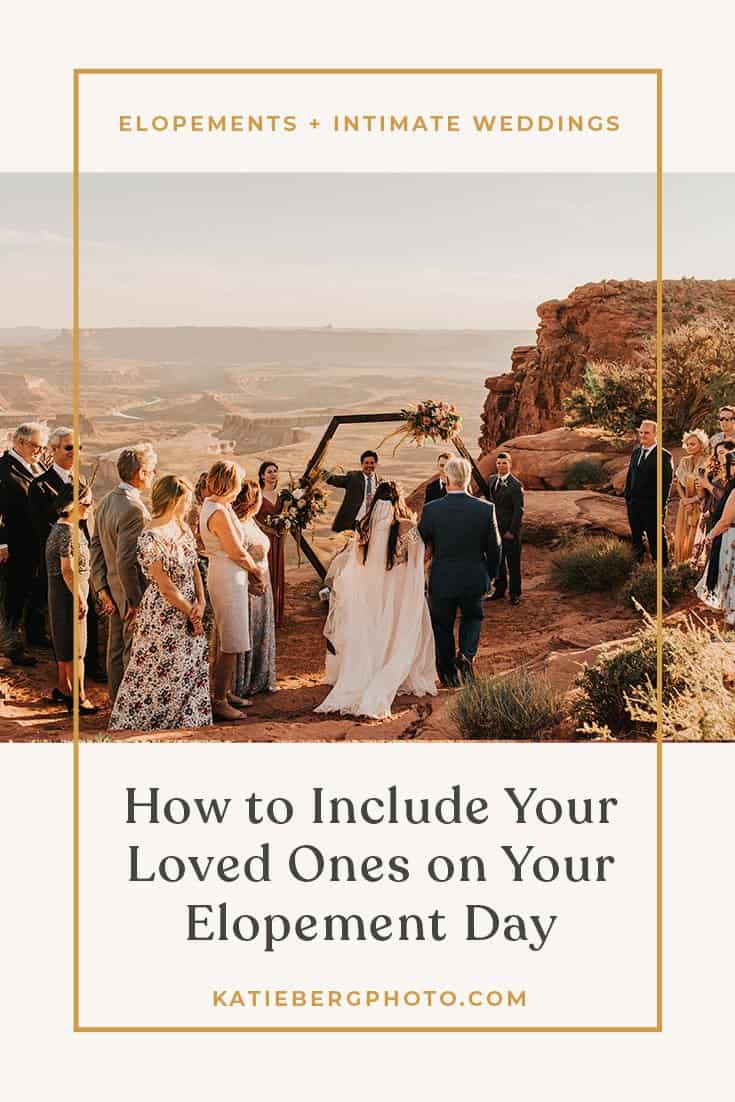 How to Include Your Loved Ones on Your Elopement Day
Elopements vs. Weddings: What’s the Difference? 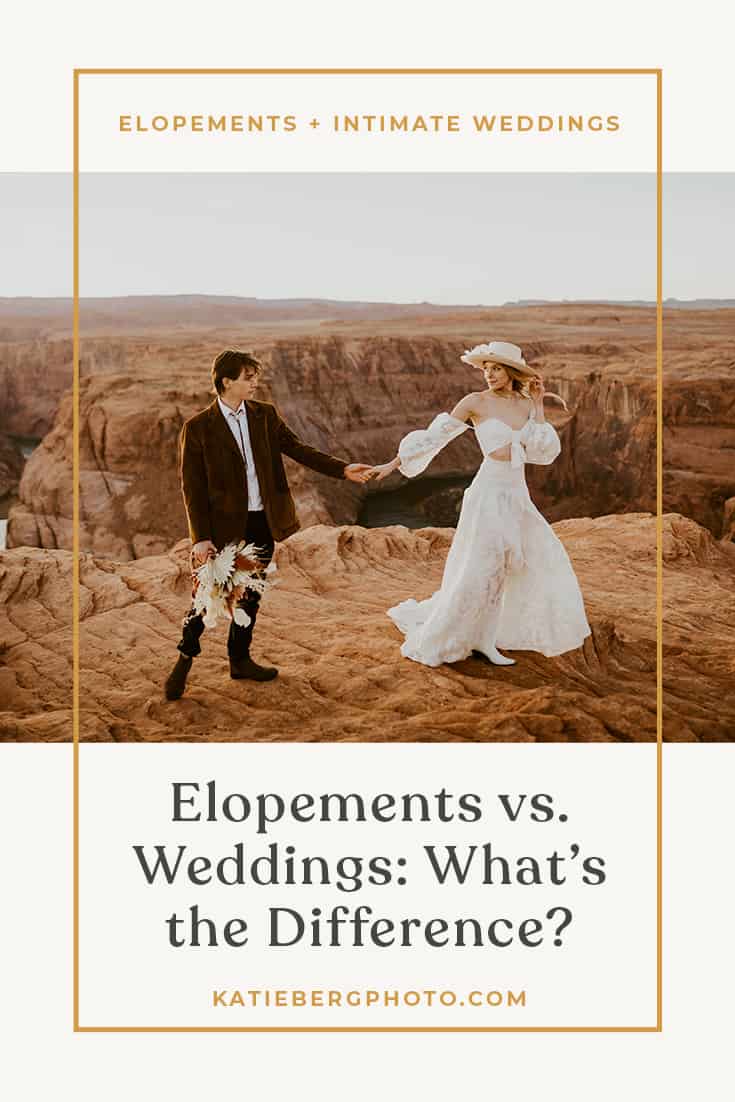 Yes! These are all so helpful & I’m so glad you addressed these myths for people to understand more about elopements.

Yes to all of this! There are so many great reasons to elope that you touched on. Your photos are so beautiful too!

Totally agree! We are eloping internationally and instead of spending a big budget on a wedding day or doing a tiny courthouse budget, we’re using that money to take a trip of a lifetime!

YES! Thank you for addressing these myths. Elopements are such a great way to symbolize the adventure that love and marriage is. The images in this blog are great, too! The golden light on the couple by the Golden Gate Bridge is absolute magic!!

this article – blog post can be totally worthy and useful for each one who plans eloping but also for all these masses of people who have no idea what contemporary elopements actually are.

This is such an awesome read and you really tackle some of the big issues people think why they shouldn’t elope! A really great resource for all couples on the fence about eloping!

Totally! All about busting these myths, one elopement at a time. So happy they are becoming more normalized lately! Yay!

Yes to all of these!! And especially #5 – elopements are so precious and deserve to be documented with the same importance as a traditional wedding day. I wish I had read this before I got married!

—— A common question I hear from couples: “d

—— Thinking about eloping in California? Good

—— One of the most important questions couples

©KatieBergPhoto 2020 | All Rights Reserved
Back to Top